The Arctic Ice Sheet is a thick layer of ice floating in the Arctic Circle engulfing most of Greenland. It’s so dense, in fact, you can walk across an ice-laden ocean for miles.

The continuously moving coating is vital for balancing Earth’s temperature and sea levels. Unfortunately, much of the planet’s ice has been melting at an unprecedented rate. While this atmosphere change has been an out of sight, out of mind situation for the general public, entire glaciers, countries, and continents have dwindled.

The Arctic Circle has shown signs of global warming as early as the 1970s. However, dissipation has considerably worsened in the last decade, causing a (not-so) small panic attack in the scientific community. In 2016, NASA reported that the Ice Sheet was the lowest it’s ever been between the months of January and June.

The Extreme Ice Survey, created by James Baylog in 2006, documents melting glaciers. His team illustrated how rapidly ice disappeared by recording retreating glaciers from 18 different locations around the world. Below is an EIS video documenting a disappearing Alaskan glacier over the course of a one year period.

Earth’s ice reflects solar warmth coming from the sun. So when the ice melts, due to an increase in global warming, warmth from the sun is absorbed by the ocean, causing it to grow warmer – making it harder for ice to expand.

“It is likely that we’re going to keep seeing smaller wintertime maximums in the future because, in addition to a warmer atmosphere, the ocean has also warmed up. That warmer ocean will not let the ice edge expand as far south as it used to,” Meier said. “Although the maximum reach of the sea ice can vary a lot each year depending on winter weather conditions, we’re seeing a significant downward trend, and that’s ultimately related to the warming atmosphere and oceans.” Since 1979, that trend has led to a loss of 620,000 square miles of winter sea ice cover, an area more than twice the size of Texas.

Marine animals have already started migrating away from the Arctic. And most species will eventually lose their homes. Animals such as polar bears, walruses, and seals depend on the Arctic for their habitat.

Meanwhile, energy companies have taken no time at all to capitalize on the rapidly changing site. They’ve started looking for oil using ‘systemic blasting’ to map out the ocean. This process blasts air into the sea, devastating the ecosystem, hurting mammals, and causing dislocation.

Over 70 percent of our planet’s surface is made up of water, but only three percent of that is considered fresh. Even less of that is available to us. Most drinkable water is in the form of ice. As our world grows warmer, the three percent of freshwater trapped in glaciers and ice sheets melts into salty ocean water.

Yet, global warming skeptics say the science just isn’t there. Alongside record-breaking temperatures and extreme weather patterns, they claim Earth is just doing its thing. And, of course, there are conspiracy theorists. 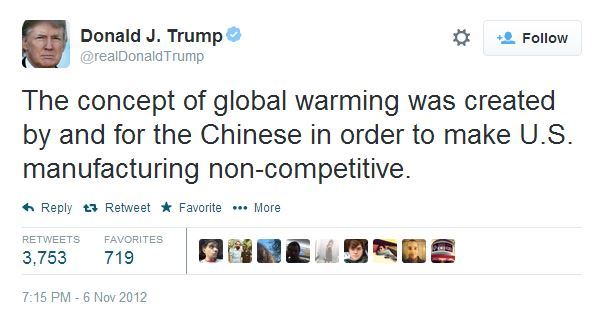 The effects of climate change on our drinking water are numerous. Most notably, smaller amounts of snow and ice mean less freshwater filtering through streams and lakes.

Because of more rainfall during storms, the effects of hazardous flooding increases. Unfiltered sewage can be pushed out and contaminate freshwater systems. Due to increasing global temperatures, water evaporation levels have increased, lowering the amount of water in dams. A rising sea level can also tamper with fresh drinking water supplies, especially in coastal cities.

Most of the world’s population lives near oceanside cities, so even a small rise in water levels can have an immense effect on land, including seaside import/export business’. Coastal cities like Tokyo and Mumbai could face trillion dollars in damages.

In 1995 the Intergovernmental Panel on Climate Change issued a report which contained various projections of the sea level change by the year 2100. They estimate that the sea will rise 50 centimeters (20 inches) with the lowest estimates at 15 centimeters (6 inches) and the highest at 95 centimeters (37 inches). The rise will come from thermal expansion of the ocean and from melting glaciers and ice sheets. Twenty inches is no small amount — it could have a big effect on coastal cities, especially during storms.

These cumulative effects will likely increase with an increase in extreme weather patterns. On a broader scale, these developments threaten human health, agriculture, energy production, and ecosystems.

Yes, our climate is warming, and while it might be more complicated than any of us understand, we’d all benefit from attempting to slow the process down.